Spring has sprung and rode in on the rays of golden sun. Rays so bright and full of warmth, spring is here, now it’s time to have fun. I long to drink of the beauty of spring and all of its amenities. The bees flutter over the honeysuckle, getting drunk on the essential oils, sucrose, salts & sweet secretion, as they suck up each drop with their straw-shaped mouths.

Spring has its own aroma, that no other season can duplicate. The smell of freshly cut grass, fresh blossoms on the trees, almost like they are born again. Neighborhoods come alive as children scream and shout while running and playing outdoors. Families gather for barbecues, potato salad, hot dogs, hamburgers, and everyone is excited to see the arrival of Spring.

What a treat to behold the beauty of the Cherry Blossoms, take photos in the Bluebonnets,  Daffodils and, Hyacinths, or just lie on a blanket gazing at the sky while inhaling all of the ambiance surrounding you. Make no mistake about it, Spring also brings on allergies from the pesty tree pollen, grass pollen, and weed pollen. Keep a few tissues handy and get out and enjoy Spring! 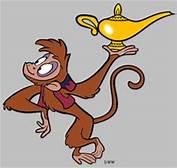 Once upon a time in a land far away.

Lived a family whose lives would change in a strange way.

One day in the summer of nineteen sixty-nine,

the mother was hanging laundry on the clothesline.

Out of the forest, her son ran, clutching an old painted vase in hand.

His mother grabbed him to try to help him stand.

Catching his breath, he yelled for all to come and look.

Then out of his ripped pocket, he pulled a worn book.

Rambling that he found both book and vase,

down by the creek in a rusty, metal case.

As they focused their attention on the strange book.

Right before their eyes, the vase violently shook!

The boy said if you make a wish, the genie that lives within

would grant your wish then he sheepishly grinned.

He said that he had made one, and it came true.

His uncle said You are young, and pulling pranks is all you do.

The boy’s uncle not believing in such childish things.

Scoffed and said this is foolish junk you bring!

If you don’t believe me, the last two wishes are for you.

As his uncle leaned back to fix his pants,

his face turned red, and he fell into a trance.

Then stood straight up, with a face full of welts.

He grabbed the vase and tightened his leather belt.

Rubbing the vase, he said with a deep chuckle.

If this genie is true, I wish I were a monkey’s uncle.

The boy began to change into a furry monkey.

It was so unbearable for he was fat and dumpy.

Running around grunting, such a crazy sight.

His sister and mother were filled with fright.

Not believing their eyes they thought it was a dream.

As he grunted and ran, his tail wagged, and eyes beamed.

His uncle in a state of genuine fright.

Tossed the vase in the air and it disappeared from the sight.

The boy’s mother in tears said we must go to that creek.

Whatever it takes for us to find him, it’s my son’s life you see.

Down to the creek, they all ran that summer’s day.

Under a tree, lay both book and vase cleverly tucked away.

The boy’s uncle rubbed the vase and wished his nephew back.

Deep in his heart he was weary and trust in the genie he lacked.

The vase started smoking and made a loud hiss.

A sound so loud it could not be dismissed.

Running out of the woods with a speed no one could detain.

Happy to be human again, all curiosity gone.

Never again would he venture far away from home.

1.“Guilt is perhaps the most painful companion to death.”- Elisabeth Kubler-Ross

2. “Grief is not a disorder, a disease, or a sign of weakness. It is an emotional, physical, and spiritual necessity, the price you pay for love. The only cure for grief is to grieve.” – Earl Grollman

3. “You will lose someone you can’t live without, and your heart will be badly broken, and the bad news is that you never completely get over the loss of your beloved. But this is also the good news.

They live forever in your broken heart that doesn’t seal back up. And you come through. It’s like having a broken leg that never heals perfectly — that still hurts when the weather gets cold, but you learn to dance with the limp.” – Anne Lamott

4. “There is something you must always remember. you are braver than you believe, stronger than you seem, and smarter than you think.”- Winnie the Pooh

6. “Deep grief sometimes is almost like a specific location, a coordinate on a map of time. When you are standing in that forest of sorrow, you cannot imagine that you could ever find your way to a better place.

But if someone can assure you that they themselves have stood in that same place, and now have moved on, sometimes this will bring hope.” – Elizabeth Gilbert, author of Eat, Pray, Love

7. “And we wept that one so lovely should have a life so brief.” – William Cullen Bryant

8. “There is an hour, a minute – you will remember it forever – when you know instinctively on the basis of the most inconsequential evidence, that something is wrong.

You don’t know – can’t know – that it is the first of a series of “wrongful” events that will culminate in the utter devastation of your life as you have known it.”- Joyce Carol Oates, A Widow’s Story

9. “When a friend of Abigail and John Adams was killed at Bunker Hill, Abigail’s response was to write a letter to her husband and include these words, ‘My bursting heart must find vent at my pen.’” – David McCullough

11.“A feeling of pleasure or solace can be so hard to find when you are in the depths of your grief. Sometimes it’s the little things that help get you through the day.

You may think your comforts sound ridiculous to others, but there is nothing ridiculous about finding one little thing to help you feel good in the midst of pain and sorrow!” – Elizabeth Berrien, Creative Grieving: A Hip Chick’s Path from Loss to Hope

MARCH
Lambs gambol in fields
Frisky with the joys of life
Bleating happily.

MAY
Much awaited sound
Echoes heard amid dense trees
Cuckoo has arrived.

JULY
Beaches become full
Of families having fun
In sand and big waves.

OCTOBER
Red and gold leaves fall,
Crunchy as cornflakes beneath
Feet on a crisp morn.