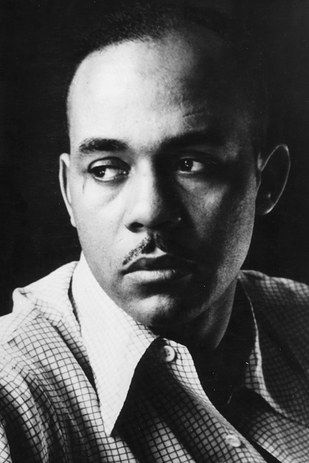 2. “Life is to be lived, not controlled, and humanity is won by continuing to play in face of certain defeat.” –

3. “If you can show me how I can cling to that which is real to me while teaching me a way into the larger society, then and only then will I drop my defenses and hostility, and I will sing your praises and help you to make the desert bear fruit.” –

4. “Power doesn’t have to show off. Power is confident, self-assuring, self-starting and self-stopping, self-warming and self-justifying. When you have it, you know it.” –

6. “Light confirms my reality, gives birth to my form…without light, I am not only invisible but formless as well, and to be unaware of one’s form is to live a death…the truth is the light and light are the truth.” –

8. “The world is a possibility if only you’ll discover it.” –

9. “It took me a long time and much painful boomeranging of my expectations to achieve a realization everyone else appears to have been born with: That I am nobody but myself.” –

10. “I feel the need to reaffirm all of it, the whole unhappy territory and all the things loved and unlovable in it, for it is all part of me.” –

Ralph Ellison quotes that will inspire you to reach your highest potential.

11. “Man’s hope can paint a purple picture, can transform a soaring vulture into a noble eagle or moaning dove.” –

13. “The world is just as concrete, ornery, vile, and sublimely wonderful as before, only now I better understand my relation to it and it to me.” –

14. “Having tried to give pattern to the chaos which lives within the pattern of your certainties, I must come out, I must emerge.” –

16. “But what a feeling can come over a man just from seeing the things he believes in and hopes for symbolized in the concrete form of a man. In something that gives a focus to all the other things, he knows to be real. Something that makes unseen things manifest and allows him to come to his hopes and dreams through his outer eye and through the touch and feel of his natural hand.” –

17. “And the mind that has conceived a plan of living must never lose sight of the chaos against which that pattern was conceived. That goes for societies as well as for individuals.” –

18. “If only all the contradictory voices shouting in my head would calm down and sing a song in unison, whatever it was I wouldn’t care as long as they sang without dissonance.” –

19. “By and large, the critics and readers gave me an affirmed sense of my identity as a writer. You might know this within yourself, but to have it affirmed by others is of utmost importance. Writing is, after all, a form of communication.” –

20. “Our task, then always, is to challenge the apparent forms of reality that is, the fixed manner and values of the few, and to struggle with it until it reveals its mad, vari-implicated chaos, its false face, and so on until it surrenders its insight, its truth.” –

25. “Perhaps simple to be known, to be looked upon by so many people, to be the focal point of so many concentrating eyes, perhaps this was enough to make one different; enough to transform one into something else, someone else; just as by becoming an increasingly larger boy one became one day a man.”  –

26. “For now, I had begun to believe, despite all the talk of science around me, that there was a magic in spoken words.” –

27. “But live you must, and you can either make passive love to your sickness or burn it out and go on to the next conflicting phase.”  –

28. “I was no longer afraid. Not of important men, not of trustees and such; for knowing now that there was nothing which I could expect from them, there was no reason to be afraid.”  –

29. “Nothing, storm or flood, must get in the way of our need for light and ever more and brighter light. The truth is the light and light is the truth.”  –

30. “That invisibility to which I refer occurs because of a peculiar disposition of the eyes of those with whom I come in contact. A matter of the construction of their INNER eyes, those eyes with which they look through their physical eyes upon reality.” –

31. “While fiction is but a form of symbolic action, a mere game of “as if,” therein lies its true function and its potential for effecting change.” –

32. “Some people are your relatives but others are your ancestors, and you choose the ones you want to have as ancestors. You create yourself out of those values.” –

34. “Now I know men are different and that all life is divided and that only in the division is their true health.” –

35. “We look too much to museums. The sun coming up in the morning is enough.” –

36. “For, like almost everyone else in our country, I started out with my share of optimism. I believed in hard work and progress and action, but now, after first being ‘for’ society and then ‘against’ it, I assign myself no rank or any limit, and such an attitude is very much against the trend of the times. But my world has become one of the infinite possibilities. What a phrase – still it’s a good phrase and a good view of life, and a man shouldn’t accept any other; that much I’ve learned underground. Until some gang succeeds in putting the world in a straitjacket, its definition is a possibility.” –

37. “Without the possibility of action, all knowledge comes to one labeled ‘file and forget.” –

38. “Power, for the writer…. lies in his ability to reveal if only a little bit more about the complexity of humanity.” –

40. “Education is all a matter of building bridges.” –

Other inspirational quotes by Ralph Ellison

41. “The understanding of art depends finally upon one’s willingness to extend one’s humanity and one’s knowledge of human life.” –

42. “America is woven of many strands. I would recognize them and let it so remain. Our fate is to become one, and yet many. This is not prophecy, but description.” –

43. “If the word has the potency to revive and make us free, it has also the power to blind, imprison, and destroy.” –

45. “Hibernation is a covert preparation for a more overt action.” –

46. “Nothing ever stops; it divides and multiplies, and I guess sometimes it gets ground down superfine, but it doesn’t just blow away.” –

47. “Literature is integrated, and I’m not just talking about color or race. I’m talking about the power of literature to make us recognize – and again and again – the wholeness of the human experience.” –

48. “And all Negroes at some period of their lives there is that yearning for a sense of group unity that is the yearning of men for a flag: for a unity that cannot be compromised, that cannot be bought; that is conscious of itself, of its strength, that is militant.” –

49. “Words are your business, boy. Not just the word. Words are everything. The key to the rock, the answer to the question.” –

50. “I am an invisible man. I am a man of substance, of flesh and bone, fiber and liquids – and I might even be said to possess a mind. I am invisible, understand, simply because people refuse to see me.” –