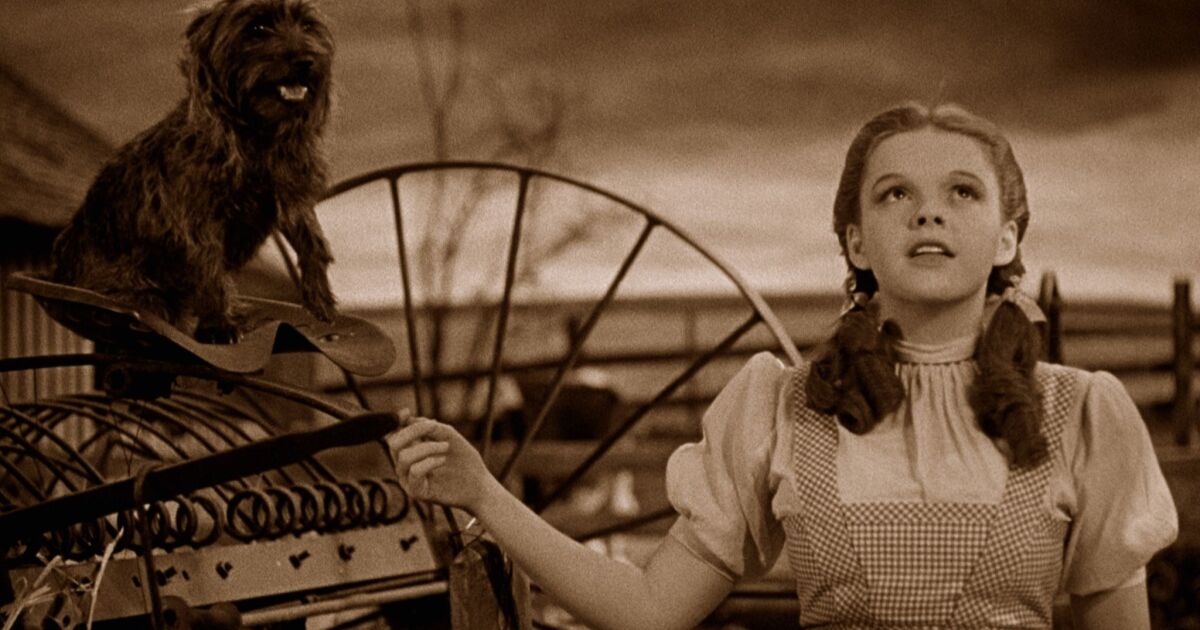 How many of you still sit and watch the Wizard of Oz each time it’s televised, or have the movie in your collection?  I have this great movie but I still enjoy watching it on television.  Not only is it the anticipation leading up to the start of the movie, but it takes me back to the first time I saw it and believed there was somewhere in the world this beautiful, with talking apple trees, flying witches, & monkeys; but most of all, as a child, I wanted to believe that the Wizard was a real person & Oz was a place, where all dreams could come true!  As I grew older and my mom told me the truth, I still loved the movie and still do as an adult.  I no longer believe in talking apple trees, flying monkeys, witches, or a place called Oz with a Wizard, but I do believe that if you dare to dream, set goals, work hard to accomplish them, your dreams can and will come true!

Written for the movie The Wizard Of Oz, this song was used early in the film when Dorothy (played by Judy Garland) longs to escape her dreary life on the farm in Kansas. A deeper interpretation can have Dorothy longing for heaven.

The music was written by Harold Arlen, with lyrics by Yip Harburg. They were asked to write this based on their previous hits, “It’s Only A Paper Moon,” “Brother, Can You Spare A Dime,” and “Lydia The Tattooed Lady.”

Arlen came up with the melody while sitting in his car in front of the original Schwab’s Drug Store in Hollywood. Harburg hated it at first because he thought it was too slow. After Arlen consulted with Ira Gershwin, he sped up the tempo and Harburg came up with the words.

The original title was “Over the Rainbow is where I want to be.”

Some of the artists who recorded this include Glenn Miller, Bob Crosby, and Larry Clinton. >>

The lyrics have a political significance. Harburg was expressing hope for America under President Franklin Roosevelt’s “New Deal” program, which was designed to get America out of the Great Depression in the early ’30s.

This was almost cut from the movie. Some executives from MGM thought the film was too long and wanted this removed. They thought it slowed down the action too early in the movie.

This won an Oscar in 1939 for Best Original Song. Garland was urged to sing it when she accepted the award. She did but had a hard time getting through it because she was so excited.

The film was nominated for 6 Oscars but had the misfortune of being released the same year as Gone With The Wind, which won Best Picture. The Wizard Of Oz won only for this and Best Score, which was written by Herbert Stothart.

The movie was bought with the intention of having Judy Garland play Dorothy, but then executives switched it to Shirley Temple after Judy was already given the role. Fox would not release Shirley Temple from her contract nor could she hit the notes to the songs.

In a 2001 poll conducted by the Recording Industry Association Of America and the National Endowment for the Arts, this was voted the #1 song of all time. The RIAA has it #1 on their list of the “Songs of the Century,” because of its historical significance.

During his 2001 world tour, Eric Clapton was known to play an acoustic blues version of this.

Tori Amos covers this at many of her concerts and did a version of her 1996 MTV Unplugged concert.

Liza Minnelli, who is Garland’s daughter, sang some of this to Michael Jackson at his 2001 tribute special.

Harry Connick Jr. sang this at the closing ceremonies of the 2002 winter Olympics in Salt Lake City. Dorothy Hamill skated while he sang.

Hawaiian ukulele musician Israel Kamakawiwo’ole recorded this in a medley with “What A Wonderful World” for his 1993 album Facing Forward. This version was used in the films Finding Forrester, Meet Joe Black, and 50 First Dates, as well as on the television show ER. Kamakawiwo’ole, more often known as IZ, was very obese, weighing about 750 pounds at one point, and he died from respiratory illness connected with his weight. His coffin rests in the capitol building in Honolulu, the only non-politician of only 3 people to be honored like this. The Hawaiian state flag flew at half-mast on the day of his funeral and thousands of fans came to see his ashes scattered into the ocean.

This song was used in an episode of the TV series Scrubs, where it was performed by Ted’s band “The Worthless Peons.” The “Worthless Peons” are played by the real-life band “The Blanks.”

In 2001, the National Endowment for the Arts named this the top song of the 20th century, beating out “White Christmas,” which came in at #2.

Surprisingly, Judy Garland’s original version has never featured on the singles chart. Two subsequent renditions of the song did make the Hot 100. Former American Idol finalist Katharine McPhee peaked at #12 with her interpretation of the song in 2006 and in 2012 The Voice contestant Nicholas David reached #96 after performing the song on the singing contest. Both versions went under the title of “Somewhere Over the Rainbow.”

Pink performed this song at the Oscars in 2014 in honor of Judy Garland, who was honored at the ceremony.

Some versions include the original introductory verse that was not included in the film:

Someday I’ll wish upon a star
And wake up where the clouds are far behind me.
Where troubles melt like lemon drops,
High above the chimney tops,
That’s where you’ll find me.

6 thoughts on “Judy Garland – “Over the Rainbow””