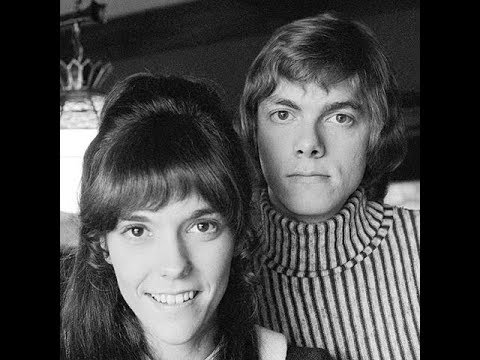 If one had to sit and create a list of some of the most beautifully songs ever written, this song would be right up there at the top of that list. Written by the late Leon Russell and Bonnie Bramlett, the song, which is about a woman who falls for a rock star, has a tryst with him, but then in a bout of delusion awaits his return, apparently falling for it when he said he loved her. Released in 1971 on their “The Carpenters” album, the song peaked at #2 on the U.S. billboard. Karen with her incredibly strong and crystal-clear voice set this song on fire. With a voice that was very distinctive, it was easy to understand each lyric she sang. She and Richard put their touch on this song, made it there own and created a Timeless hit!

The word “Groupie” was just entering the lexicon when Russell and Bramlett wrote this song in 1969; Rolling Stone popularized it when they titled the cover story of their February 15, 1969 issue “The Groupies and Other Girls.” Groupies were often romanticized and admired for their style and fashion, but they were also at times denigrated as rock star playthings with a loose grip on reality, which is how they are portrayed in this song.

Delaney & Bonnie were the first to record this song, releasing it as the B-side of their 1969 single “Comin’ Home.” At the time, the song was called “Groupie (Superstar).” Rita Coolidge then began performing the song on Joe Cocker’s 1970 Mad Dogs and Englishmen tour. A young Better Midler started performing the song later in the year, and Richard Carpenter heard the song for the first time when Bette Midler performed it on The Tonight Show. Richard knew it could be a hit for the Carpenters, so he reworked the song in their style and recorded it, resulting in the most successful version. (Thanks to Dan Levitin, who got this from an interview with Richard Carpenter.)

When the Carpenters version became a hit, Bette Midler took some shots at Karen Carpenter, often mocking her wholesome image. Karen claimed the jokes didn’t bother her; after her death, Midler apologized in Redbook magazine, saying she often thinks of Karen.

In 1987, a movie called Superstar: The Karen Carpenter Story was released and shown at film festivals. The director, Todd Haynes, didn’t secure the rights to the songs, and the film was pulled after Richard Carpenter filed suit.

Long ago, and, oh, so far away
I fell in love with you before the second show
Your guitar, it sounds so sweet and clear
But you’re not really here, it’s just the radio

Loneliness is such a sad affair
And I can hardly wait to be with you again
What to say to make you come again?
Come back to me again and play your sad guitar

6 thoughts on “The Carpenters – “Superstar””