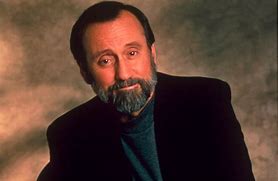 I have always been a person who absolutely loves music. I grew up listening to a wide variety of music because I grew up with so many diverse groups of friends, whom I love and still keep in contact with and get together with to this day. Ray Stevens could not have written this song any better. This song has to be one of the most beautifully written songs of all time! It has always been dear to my heart and once I was able to read the song lyrics, it only made me love it even more. Ray Stevens always had a way with words in his songs which I still enjoy listening to as I sing and laugh. This particular song is a shows a more serious side of Stevens and allows his softer, gentler and more serious side to shine through. I love his soulful voice and high notes. He doesn’t miss a beat! I truly love this song and think it’s a timeless masterpiece that will never grow old!

A very popular and family-friendly entertainer throughout the ’60s, Ray Stevens was given his own TV variety show in 1970 called The Ray Stevens Show, which lasted just one season as a summer replacement. He wrote the uplifting “Everything Is Beautiful” as the theme for the show. Stevens explained to mybestyears.com, “I needed a very special song for the program. I went down in my basement for about three days. I had crumpled paper all over the place. And suddenly the idea for the song came to me. I wrote it in maybe 45 minutes. It was a very special song and one that a lot of people still remember and sing along when I do it in shows.”

This is a rare hit for Stevens that was not a novelty recording. He was better known for comedy songs like “The Streak,” “Ahab, The Arab,” and “Harry The Hairy Ape.”

Released in 1970 on the album titled: Everything is Beautiful. The song peaked at #6 in the UK and # 1 in the USA.

Stevens was backed on this track by his two daughters and a second-grade class from Oak Hill Elementary School in Nashville, Tennessee. The song opens with the children’s chorus singing the first two lines of a popular bible school hymn, “Jesus Loves The Little Children.”

Everything is beautiful in its’ own way
Like a starry summer night or a snow covered winter’s day
Everybody’s beautiful in their own way
Under God’s heaven, the world’s gonna find a way

There is none so blind as he who will not see
We must not close our minds, we must let our thought be free
For every hour that passes by, you know the world gets a little bit older
It’s time to realize that beauty lies in the eyes of the beholder

Everything is beautiful in its’ own way
Like a starry summer night or a snow covered winter’s day
Ah, sing it children
Everybody’s beautiful in their own way
Under God’s heaven, the world’s gonna find a way

Everything is beautiful in its’ own way
Like a starry summer night or a snow covered winter’s day
Everybody’s beautiful in their own way
Under God’s heaven, the world’s gonna find a way