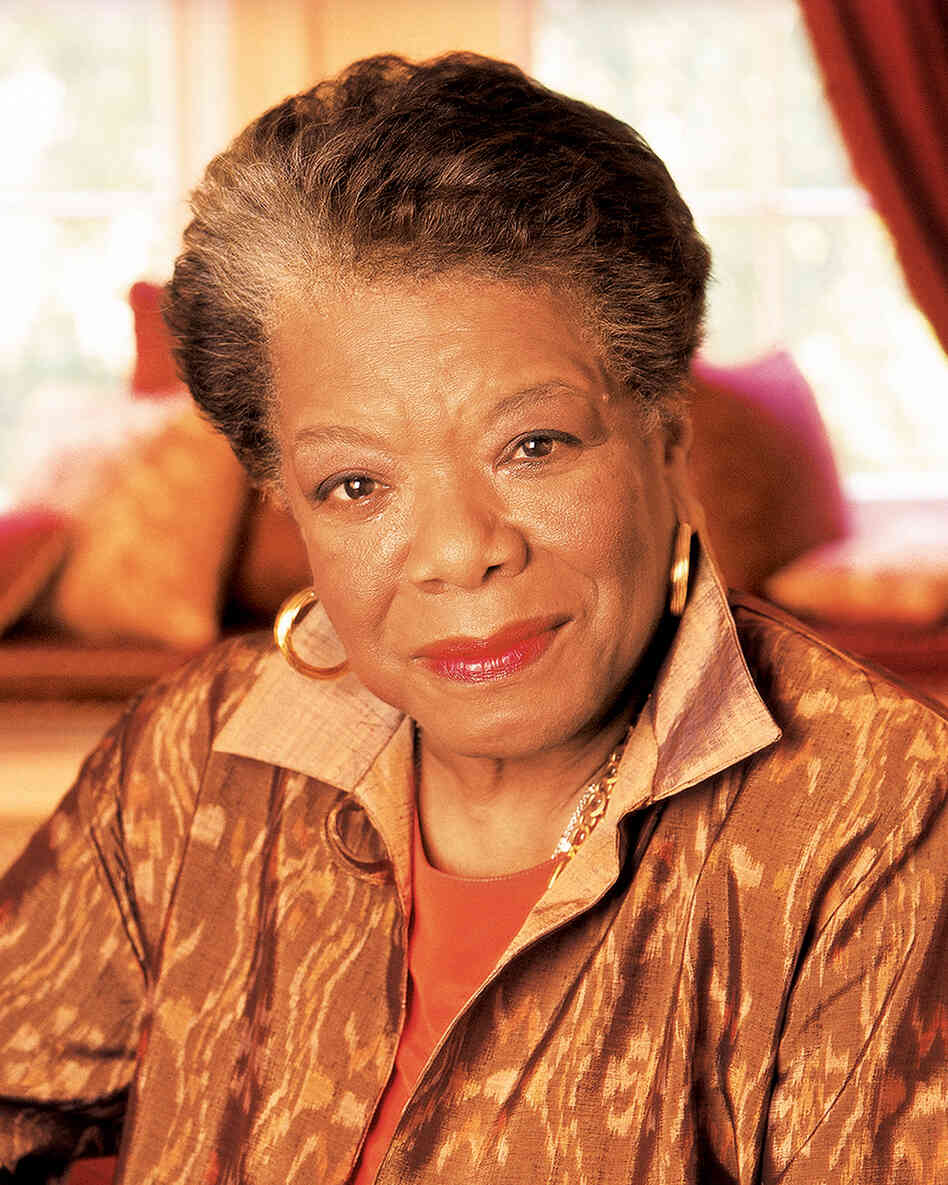 I will be posting poetry by poets who have inspired not only myself; but millions of people around the world. These poets have made a huge impact on the lives of those who read their books, but also those whom may have suffered through similar experiences and can relate.

Today I am posting the inspirational poems by Maya Angelou.

Angelou died on May 28, 2014, in Winston-Salem, North Carolina, where she had served as Reynolds Professor of American Studies at Wake Forest University since 1982. She was eighty-six.

Please sit back, relax and inhale each word of the poems below.  I hope each of you enjoy them and get something out of each of them!

I Know Why the Caged Bird Sings

A free bird leaps on the back
Of the wind and floats downstream
Till the current ends and dips his wing
In the orange suns rays
And dares to claim the sky.

But a BIRD that stalks down his narrow cage
Can seldom see through his bars of rage
His wings are clipped and his feet are tied
So he opens his throat to sing.

The free bird thinks of another breeze
And the trade winds soft through
The sighing trees
And the fat worms waiting on a dawn-bright
Lawn and he names the sky his own.

But a caged BIRD stands on the grave of dreams
His shadow shouts on a nightmare scream
His wings are clipped and his feet are tied
So he opens his throat to sing.

You may write me down in history
With your bitter, twisted lies,
You may trod me in the very dirt
But still, like dust, I’ll rise.

Does my sassiness upset you?
Why are you beset with gloom?
’Cause I walk like I’ve got oil wells
Pumping in my living room.
Just like moons and like suns,
With the certainty of tides,
Just like hopes springing high,
Still I’ll rise.

Did you want to see me broken?
Bowed head and lowered eyes?
Shoulders falling down like teardrops,
Weakened by my soulful cries?

Does my haughtiness offend you?
Don’t you take it awful hard
’Cause I laugh like I’ve got gold mines
Diggin’ in my own backyard.

Does my sexiness upset you?
Does it come as a surprise
That I dance like I’ve got diamonds
At the meeting of my thighs?

Out of the huts of history’s shame
I rise
Up from a past that’s rooted in pain
I rise
I’m a black ocean, leaping and wide,
Welling and swelling I bear in the tide.

Leaving behind nights of terror and fear
I rise
Into a daybreak that’s wondrously clear
I rise
Bringing the gifts that my ancestors gave,
I am the dream and the hope of the slave.
I rise
I rise
I rise.

Lying, thinking
Last night
How to find my soul a home
Where water is not thirsty
And bread loaf is not stone
I came up with one thing
And I don’t believe I’m wrong
That nobody,
But nobody
Can make it out here alone.

There are some millionaires
With money they can’t use
Their wives run round like banshees
Their children sing the blues
They’ve got expensive doctors
To cure their hearts of stone.
But nobody
No, nobody
Can make it out here alone.

Now if you listen closely
I’ll tell you what I know
Storm clouds are gathering
The wind is gonna blow
The race of man is suffering
And I can hear the moan,
‘Cause nobody,
But nobody
Can make it out here alone.

7 thoughts on “The Beautiful Poetry of Maya Angelou – Poets Who Inspire!”